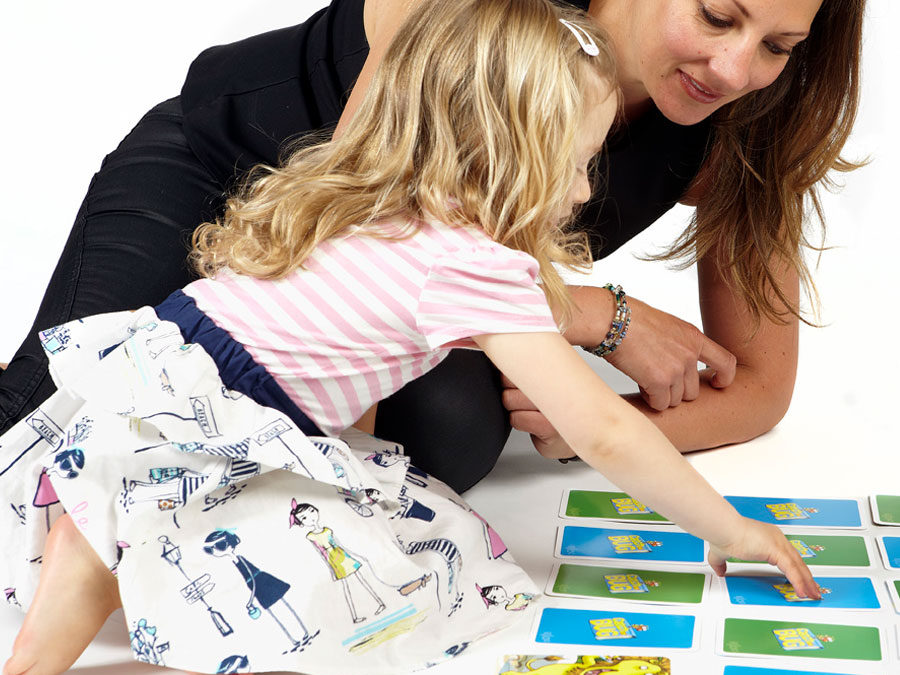 Skill development is most noticeable when watching children play alone with toys. For example, even when a baby shakes a rattle, he or she learns how to manipulate objects, and how to control movement skills to some degree. The more a child plays, the more advanced these skills become. Moreover, play in early childhood allows for the combination of different senses in skill development. Once again, a child playing with a rattle is a perfect example – touching, seeing, hearing (and often tasting and smelling) such objects and toys allow for action depending on the coordination of different senses. The sequences of such actions become more and more complex as the child learns. Moreover, play fosters problem-solving abilities.

Once a child begins playing with other children, he or she starts to learn how to socialise in the surrounding world. Parents are the first people with whom infants socialise; thus, the shift from interacting with them to interacting with children of the same age is monumental. In this social environment, they learn how to share, take turns and how to compromise. The art of balance is learnt through the desire to maintain healthy relationships with others, while simultaneously achieving one’s objectives (for example by obtaining access to a particular toy). Likewise, play in early childhood teaches children the importance of consideration, kindness and patience. These are all valuable social skills.

Play in early childhood also stimulates children’s imaginations, and allows them the space to express creativity. Roleplay, for instance, allows the child to take on different characters and roles – such as doctors, police officers, princes and princesses, librarians etc. In order to take on these roles, children process the differences between these characters and themselves. They must understand what makes them ‘not doctors’ in the real world, for example. Then, when imagining themselves as doctors, they are required to know what doctors do, how they go about doing their work etc. In addition, a child who admonishes or even hurts, say, a doll or a stuffed animal for ‘misbehaving’ is a healthy way in which to express anger, frustration or aggression. Instead of inflicting harm on other children or on caregivers, children express themselves through play in early childhood with make-believe interactions with inanimate objects.

We use cookies on our website to give you the most relevant experience by remembering your preferences and repeat visits. By clicking “Accept”, you consent to the use of ALL the cookies.
Do not sell my personal information.
Cookie SettingsAccept
Manage consent

This website uses cookies to improve your experience while you navigate through the website. Out of these, the cookies that are categorized as necessary are stored on your browser as they are essential for the working of basic functionalities of the website. We also use third-party cookies that help us analyze and understand how you use this website. These cookies will be stored in your browser only with your consent. You also have the option to opt-out of these cookies. But opting out of some of these cookies may affect your browsing experience.
Necessary Always Enabled

Performance cookies are used to understand and analyze the key performance indexes of the website which helps in delivering a better user experience for the visitors.

Analytical cookies are used to understand how visitors interact with the website. These cookies help provide information on metrics the number of visitors, bounce rate, traffic source, etc.

Advertisement cookies are used to provide visitors with relevant ads and marketing campaigns. These cookies track visitors across websites and collect information to provide customized ads.

Other uncategorized cookies are those that are being analyzed and have not been classified into a category as yet.